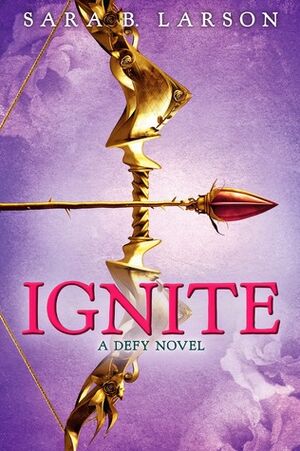 We are SO close to the release of Ignite by Sara B. Larson. In less than three months...you can finally read the second novel in the series.

What are you hoping to find out in the second novel? Tell us in the comments below!

Here is a brief synopsis:
Alexa remains by the newly crowned King Damian’s side as his guard, ever committed to helping him rebuild Antion and reclaim the hope of Antion's people, despite continuing to harbor a secret love for him.

However, when another threat to Damian and his kingdom emerges, and blame is cast on their newly forged allies from Blevon, Alexa knows things are not what they seem. With the fate of her nation hanging in the balance once again, will Alexa be able to protect her king and uncover the true enemy -- before it's too late?

Retrieved from "https://defy.fandom.com/wiki/User_blog:Asnow89/January_Book_Release?oldid=4107"
Community content is available under CC-BY-SA unless otherwise noted.